And sucking at it.

2018 has got off to an interesting start. I have the flu. I’ve been feeling crap since New Year’s Day, but I thought it was karma for drinking a bottle of Prosecco after being dry for so long. After 4 days of feeling poor, I suspected something else might be at play.

Dr Google; such a bad idea.

Not something I usually do but I had a bit of time on my hands. Within 15 minutes I was both diabetic and suffering from Meniere’s disease. Not good. I quickly ruled both out from no basis of logic whatsoever.

I then self diagnosed as suffering from exhaustion. Feasible, as I’m known to regularly give myself a hard time. But it didn’t add up; I’d had lots of time off over Christmas and the ex and I were getting on quite well. The kids had a great Christmas and I even managed some charitable giving, which made me feel great.

Back in spasm, shivering, going to bed fully clothed (I was freezing and boiling) and a constant headache. Throw in a cough that hurts the already hurt back and you’ve got the picture.

Well hello. Britain has been hit by this little mix of numbers and letters, colloquially known as Aussie Flu. It really sucks. In the same breath, it’s not the end of the world; a bit of rest and plenty of fluids and all will be well.

This is not what this thread is about.

Too good to be true

I said earlier that the ex and I had been getting on better in recent weeks; that has since come crashing down.

My tank is on empty, even to the point where I found it hard to blog. I have 3 entries in draft that are no more than headlines. As we Brits say, I’m knackered (extremely tired).

After having the cubs last weekend it is customary for me to have them one day in the week. For the first time, I really couldn’t manage it. The school and nursery pickup seemed like a tall order; I couldn’t face it. I reached out to the ex, asking her to have them for one extra day this week.

What I got back was a torrent of abuse, questions on my abilities and priorities as a parent, a quick lesson on the differences between flu and the common cold, and the helpful phrase, ‘suck it up’. This was topped of by a short paragraph on why she wouldn’t be picking them up later, regardless of whether she heard from me or not. 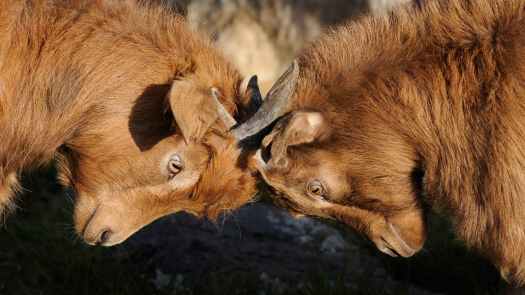 I picked them up and luckily they didn’t mind tired daddy at all.

The plot twist to this is that the day before, she called to ask me to pick them up as she would be late collecting them. This is a regular occurrence. So much so, that she actually called me this afternoon, telling me she was stuck in traffic and asking my location.

Quite incredulous, I informed her that I was in bed, with the flu. I also asked her if she remembered berating me not 48 hours earlier. I was told that me laying in bed and not helping her, was a choice.

I hung up on her.

So already in today’s post, I’ve broken a few of my rules. I’ve always stated that I wouldn’t use this as a platform to beat her with, as I hope my cubs will read this in later years and enjoy how much I enjoy them.

At the same time, I have a simmering anger at this latest exchange. These aren’t new behaviours. A solipsistic theme ran through our relationship but I thought I was now immune to it. I was wrong.

At the time of her original rebuke, I followed my own rule quite well, in that you cannot have an argument with only one participant. Strangely, I knew that she would be in touch sooner rather than later with tales of her lateness. I didn’t have to wait long.

I thought long and hard about this one.

My job, as a dad, is to act in the best interest of my children; always.

I don’t think so.

Teamwork was something I never experienced with the ex. It all seemed to flow one way and I slowly got bored of that. It looks like nothing has changed.

I’m going to change tack in my relationship with her. The thing with people who are naturally takers is that they will continue to do so, as long as you keep giving. If you keep giving, they don’t learn and fail to grow.

There will be no more 11th hour pickups because she’s late. It happens so regularly that it reeks of a failure to be organised. Historically I have even compromised my work in order to cover for her inability to keep time or commitment. That’s gone.

Apologies if this read as a rant; normal service will resume shortly.

But not for her.

3 Replies to “Taking my own advice”