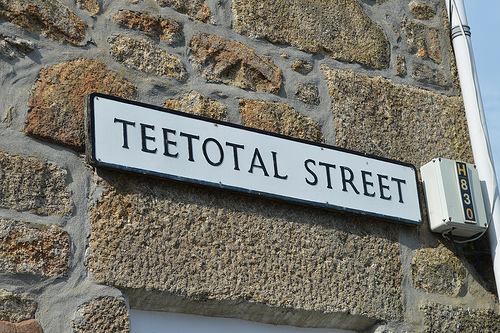 Alcohol that is. Now I’ve become an insufferable bore to anyone who’ll listen. Today that’s you.

Some of the best conversations I ever have are with myself and one of the latest ones was about how much alcohol I had consumed lately.

Now don’t get me wrong; I hadn’t dipped to the realms of problem drinking but I had got to the stage of comfort drinking without realising.

It used to be a thing of mine to have a beer while watching the football. After a tough day at work I’d enjoy a single malt with a single ice cube; Oban; Talisker; Glenfiddich…

Things started to pick up pace post separation. Not having the cubs around 24/7 hit me a lot harder than I expected so I found myself filling the gaps with work, exercise, more work and the odd glass of wine.

During the weekly shop I came across an award winning bottle of Gin so I duly bought a litre.

A week later it was almost gone.

Not good at all.

I’d noticed folk drinking non-alcoholic beer on nights out and wondered why they’d bother. Let’s face it; lager isn’t something you drink because it tastes nice. Or so I thought. So I gave it a try.

Not bad at all. I’ve tried a few brands now and am currently working my way through some more. The best part is that I can now have a night out and drive. I think that’s a British thing.

The second best part is the clear head in the morning.

The only downside is watching your buddies descend through the evolution of man to the point where everything is funny.

I’m not saying I’ll never touch a drop again, but my eyes are wide open now.

One Reply to “A month ago I stopped drinking”